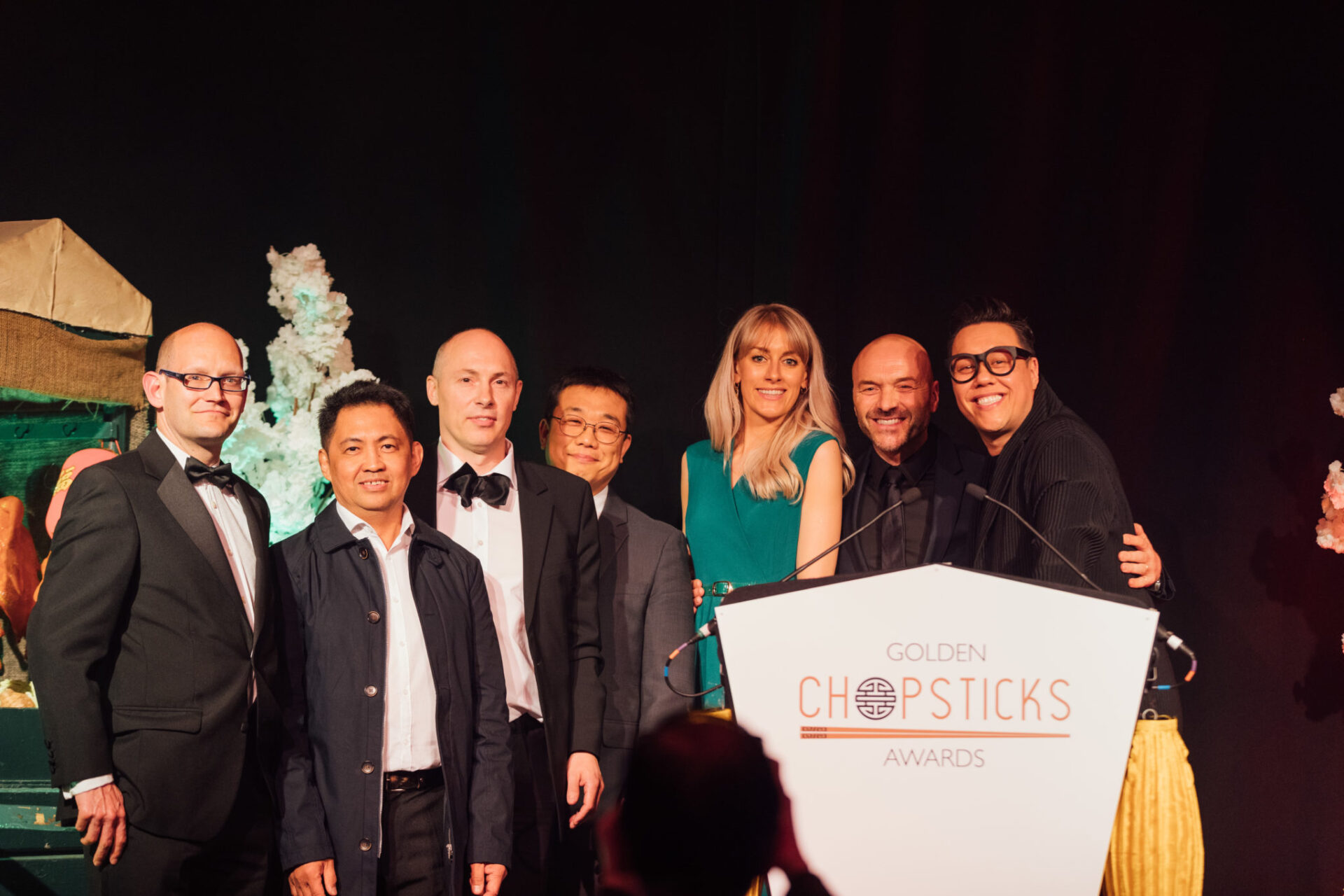 Our Mizu team have been celebrating this week, after winning ‘Best Newcomer’ at The Golden Chopsticks Awards in Mayfair, London, hosted by Gok Wan. The awards are one of the largest and most prestigious celebrations of Oriental food in the world..

We’d like to say a big thank you to all our fantastic customers and followers who voted for us – we can’t quite believe we’ve won Best Newcomer at The Golden Chopsticks Awards! Who would have thought our restaurant in the Borrowdale would win in a nation full of Pan Asian restaurants! We’re over the moon. 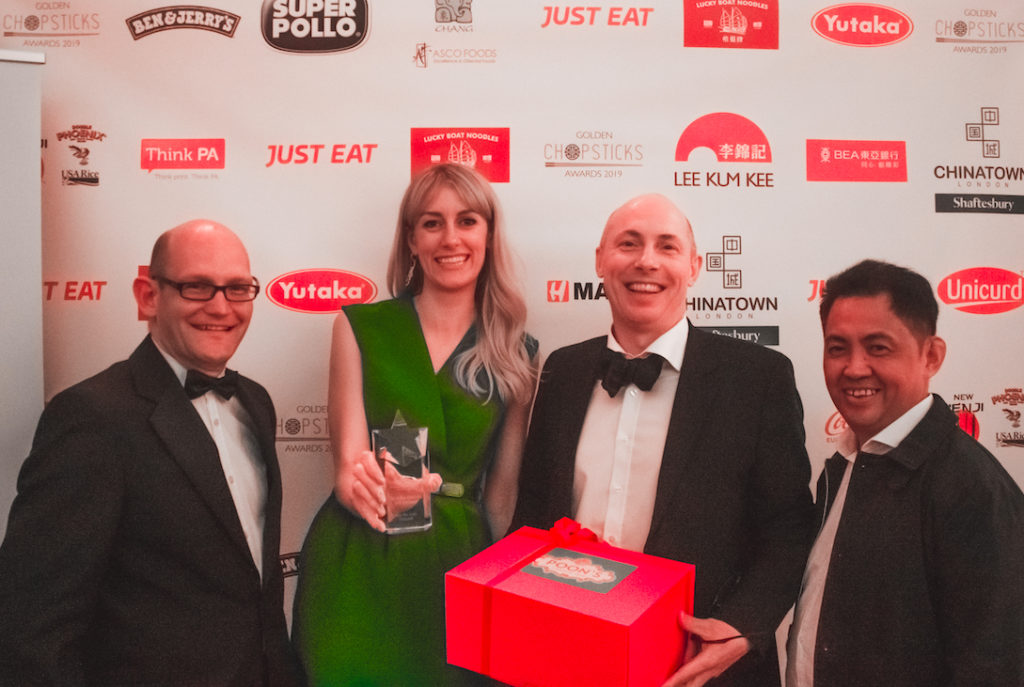 A host of celebrities and VIP’s attended the event at the Marriott, Grosvenor Square, including Sally Lindsay, Andrea McLean, Alice Beer and Ollie Locke. Also attending were Tom Watson, Deputy leader of the Labour party and representatives from the Korean and Chinese Embassies as well as some of the biggest influences in Oriental food, eminent food writers and prominent community leaders.

Members of the public voted over a six-week period, which resulted in Mizu being named a finalist as Best Newcomer in 2019, competing against Bao & Bing and Sarap Filipino BBQ & Lechon, both based in London, and Michael Wan’s Wok Inn from Blackpool.

Mizu Pan Asian shows a growing demand for South East Asian flavours in the Lake District, offering a menu of specialities from across the continent including Korean, Malaysian and Japanese dishes. The Pan Asian restaurant opened in May 2018, as part of the Lodore Falls Hotel & Spa’s recent £13 million investment which also saw the opening of the brand-new Falls Spa in November.

Gok Wan, co-founder and host of the awards commented: ‘After the amazing success of our first awards last year, we knew it was going to be a tall order to go bigger and better this year, but we feel we pulled it off! The Golden Chopsticks Awards has well and truly cemented itself into the culinary calendar. What an amazing night, bringing together the good and the great from the oriental food world in one room, with winners covering the broad spectrum of SE Asian food from Chinese, Japanese and Thai to Vietnamese, Malaysian, Filipino and Korean. It was fantastic to see so many accomplished restaurateurs in the room, alongside the rising stars of the future! It was a real honour to host what is now one of my favourite nights of the year!”

« Our top 5 Whiskeys at the Kings Arms

Get our latest offers